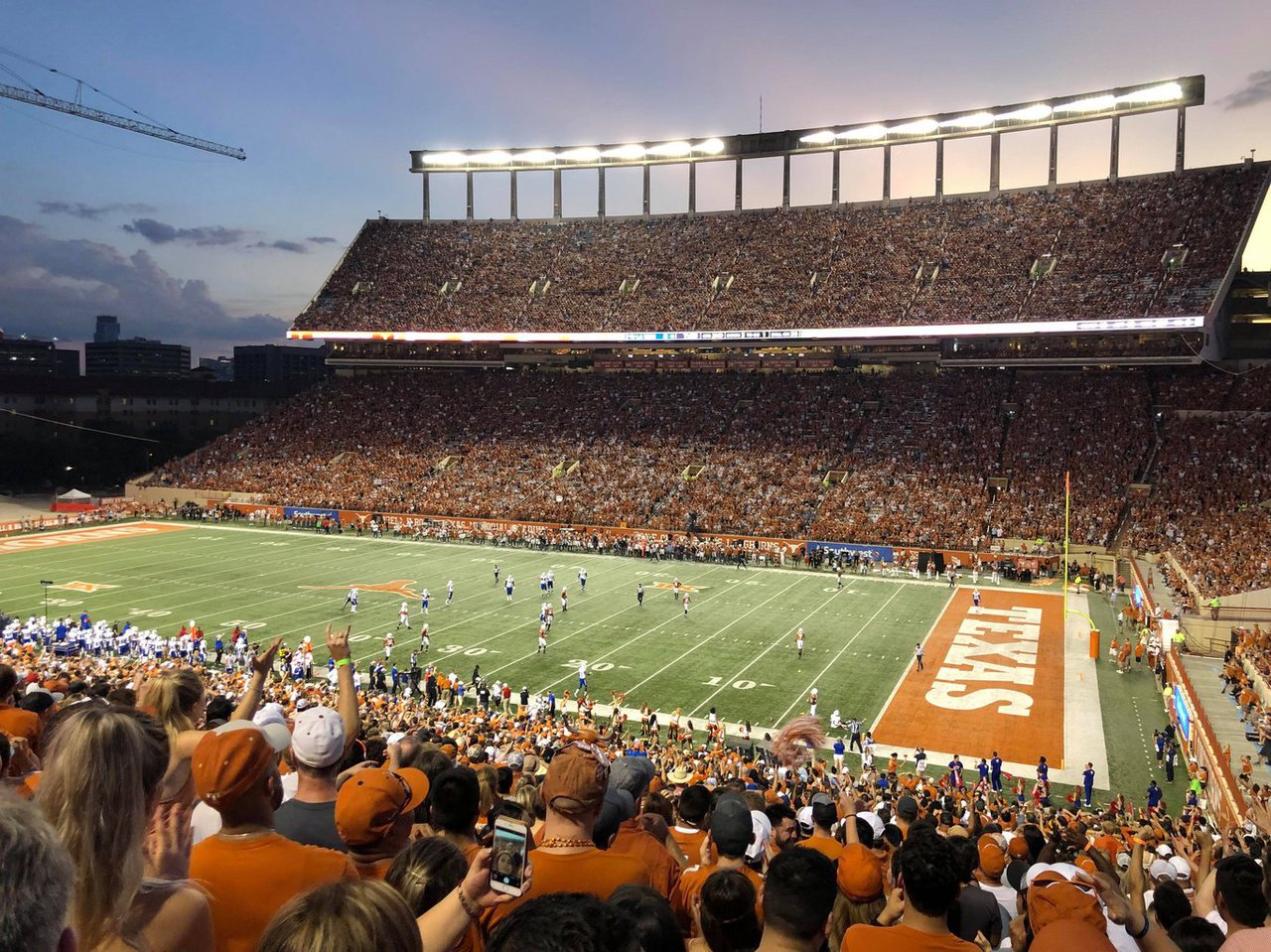 Texas went down to Houston and took care of business this past weekend. The only real scare of the night was if Texas would cover the spread, which was pretty short lived as D’Shawn Jamison took Rice’s kickoff 98 yards to the house. The score looks a little better for Rice, 48-13, because Texas threw in the young guys before the 4th quarter even started. Here’s the thing though, every game thus far has zero impact on Big 12 play. Oklahoma State comes to town this Saturday, and with that the real season begins.

Coming into Big 12 play, Sam Ehlinger is red hot. He has racked up almost 1000 passing yards, 11 passing touchdowns, 120 yards rushing and one rushing touchdowns. But the most important thing heh has done is no turnovers. Sam has continued his trend from last year of taking care of the football. Duvernay again impressed last weekend, as did Jake Smith and Malcolm Epps. In terms of our ground game, Texas did enough to establish the run and keep the defense honest, but really not much more. Roschon Johnson impressed yet again, so I would expect him to remain as involved, if not more, this weekend. Oklahoma State has not had any real competition so far this season but is giving up around 160 yards on the ground per game. Knowing that, it will be interesting to see how much we focus on the running game. I don’t anticipate many issues for our offense this weekend given how average Oklahoma State’s defense is. Assuming wide receiver Collin Johnson and center Zach Shackelford heal up, I think our offense should once again be efficient and effective.

Everyone knows the Big 12 is known for high powered offenses with quarterbacks who can sling it all across the field to star wide receivers. Let me introduce you to sophomore running back Chuba Hubbard of Oklahoma State. Coming into this game, Hubbard has racked up 520 yards and seven touchdowns. Oh, and he is averaging 7.9 yards per carry. Hubbard has had more than 25 carries in two out of the three games this season and three touchdowns in those contests. With runs of 75 and 53 this season, Hubbard kid is a threat to score every time he touches the ball. Unfortunately for Texas, we can’t exactly just load the box and key in on Hubbard. We also need to worry about one of the best receivers in college football, Tylan Wallace. Last year, Wallace went off for 222 yards and two scores against our defense. With injuries plaguing our defense right now, this could be a scary matchup for our defense. Linebacker Joseph Ossai is questionable for the game and safeties BJ Foster and DeMarvion Overshown have both been ruled out for Saturday. Luckily, we have a very deep secondary, so I think defensive coordinator Todd Orlando will be able to patch us up for one week. Oklahoma State’s offense is led by freshman quarterback Spencer Sanders. Sanders has been relatively good this season, but has relied on Wallace mainly. Of Sander’s 620 yards and 7 touchdowns, Wallace has 390 yards and 6 touchdowns. The key to this game is limiting Hubbard’s big plays and doubling Wallace to make the freshman beat us in other ways.

Texas came out strong after the loss to LSU and we have to do that again. This is our first Big 12 opponent and we need to come out strong. Despite injuries throughout the roster, we should win this game. Offensively, as long as Sam keeps making good decisions and spreading the ball around, we will be able to keep up with Oklahoma State pretty easily. From a defensive perspective, we should try and double Wallace with a safety and see if Spencer Sanders can beat us another way. Chuba Hubbard is going to rack up yards if we do that, but I am willing to give those yards to stop Tylan Wallace. Oklahoma State stole one from us last year that was mostly our fault, I expect Tom Herman and the rest of the Longhorns to remember that and take this game very seriously. After all, this is the real start to the season.