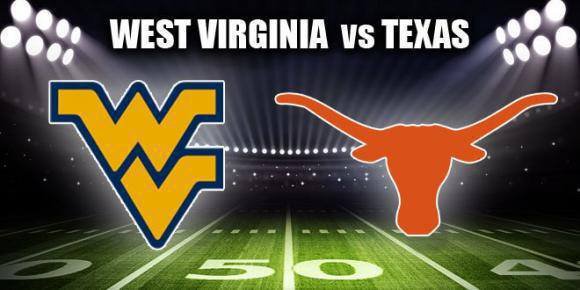 Well, it was nice while it lasted. The Longhorn’s unexpected winning streak came to a close last Saturday in Stillwater. Coming into the game I thought our secondary would be able to make the Cowboy’s offense one dimensional by playing coverage well, but boy, I was wrong. We came out flat and paid the price.

Our secondary gave up two touchdowns and 222 yards to Oklahoma State receiver Tylan Wallace alone. You can’t let one player be that dominant and still expect to win. However, our second half 21-7 run was great to see. Ehlinger showed poise in the pocket and continued to control the game. Given how poorly our defense played, I am amazed it was even that close.

But let’s all take a second to remember that this season is not over. It is really just picking up. Despite the loss, Texas is remains atop of the Big 12 alongside Oklahoma and West Virginia. That makes this week’s matchup against West Virginia all the more exciting.

A win this week does not guarantee a spot in the Big 12 Championship game, but it will eliminate the toughest opponent left on our schedule. The West Virginia Mountaineers are led by quarterback Will Grier. Grier has accounted for 2,272 yards passing, 25 touchdowns, and 7 interceptions.

After how we handled Taylor Cornelius and the Cowboy’s passing attack last week, this makes me extremely nervous. Our defense looked flat and timid, specifically in the first half. We came out and got punched in the mouth and retreated.

West Virgina will be a tough opponent.

Senior linebacker Gary Johnson had a good game, but other than that there were not many bright spots. West Virginia receiver David Sills V is a touchdown machine with 9 on the year. They also have a stud receiver inn Marcus Simms who can burn defenses if they focus too much on Sills.

In their only loss this year, against Iowa State, the Mountaineers were held to 100 yards passing the ball. They only put up 7 offensive points that game. Texas has the tools to slow down this passing attack. Between Boyd, Davis, and Sterns, defensive coordinator Todd Orlando can control this game and expose West Virginia’s inability to win games relying on running the football.

The Mountaineers are known for their high-powered offense, but they also have a deceptively good defense. Allowing 19.6 points per game, they have held opposing offenses to under 350 yards per game.

What do we need to do?

It is going to be very important for our offense to execute a balanced attack. Following subpar performances last week, I expect Lil’Jordan Humphrey and Collin Johnson are going to want to set a better tone early on. They are both big receivers who have a clear size advantage on West Virginia’s secondary.

Humphrey and Johnson will also be crucial in setting the edge for running back Keaontay Ingram. Ingram was held to 54 yards last Saturday but was only given 11 carries. If Texas can stay with West Virginia long enough to get Ingram going, it could be very difficult for them to stop our offense.

Will Grier is one of the best quarterbacks in the country and is hard to stop. If Texas wants to avenge that loss last week, they are going to need to buckle down and not make stupid mistakes. Herman and the Longhorns have a big test this week, but this game could propel the Longhorns into playing for the Big 12 Championship. Let’s hope they are up for the challenge.