Gum, also known as Dirty Bird, is one of a kind.

Who is he? Well, just in case you’ve been hiding under a rock, Dirty Bird is a DJ, musician, artist, and many more creative things. Dirty Bird has perfected his recipe when it comes to the Jungle, Drum and Bass, and House music genres. I felt that the first time I listened to his music, I was listening to modern House music made with the same pride and interest that the traditional pioneers like the Chicago DJs from the ’70s and ’80s had. Obviously, a bit different because Dirty Bird has his own unique style. It is easily recognizable once you run through his discography, which is HUGE, by the way. I’ve recently been getting into his jungle beats from his self-titled album Dirty Bird. On Spotify alone, Gum has released at least 8 projects, not including features or special hidden bonuses that can be acquired through purchasing his merchandise on Bandcamp (and possibly other avenues). See Below for Dirty Bird’s top Spotify tracks for you to listen to!

Once I learned he set out to have his own tour, I knew I had to be there to experience history before my very own eyes. The Gum Tour consisted of about 15 events in 10 locations, traveling with his beautiful National Award Winning Photographing friend that’s been featured in Vogue, I-D magazine, and assisted on a Nike Campaign.

Dirty Bird and Cooly. Name a better duo. You can’t.

This blog is about my personal experience as a fan following The Gum Tour.

The bits I got to experience were amazing and I must share this with the world! I got to do a short interview in Houston so stick around to the end of this post. <3

The Gum Tour landed in Austin Texas on July 30th, 2021. The local venue located at 6910 Shirley Ave, was full when I arrived. You could see the bounce house and the team checking our tickets were super kind and funny. 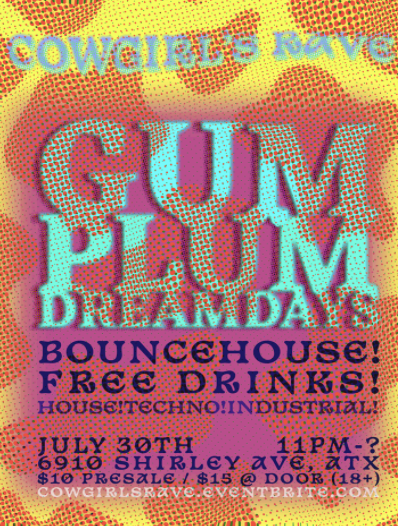 Dirty Bird had already started his set, so I got near the dancing crowd and observed him play his magic. The energy was so contagious; I couldn’t stop smiling just watching everybody go so hard, man. Everybody upfront was dancing so hard they were sweating through their clothes. Gum stayed focused, bobbing his head to the beat of his spells. Below you can stream the set he DJed in Austin via Soundcloud.

After Dirty Bird’s set was over, I prepared myself to meet the iconic creative. I introduced myself as a DJ from KVRX and made some small talk because I was nervous, lol. He was so kind and also accepted to take a picture with me! 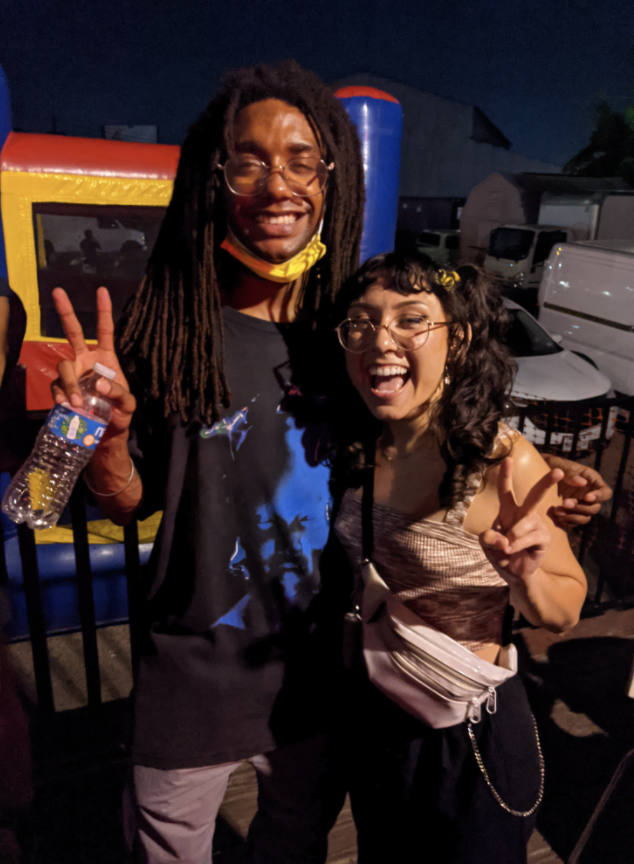 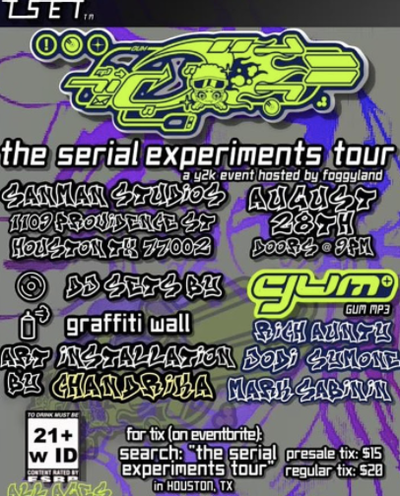 A y2k event hosted by Foggyland

I felt like I didn’t get enough from the Austin event itself; I had to re-experience a Dirty Bird set again. So, last-minute I brought my friend and together we traveled from Austin to Houston on August 28th, 2021. When we arrived, my jaw was to the floor. This was a y2k event, so everyone was looking super cute. The place was amazing. It had 4 main rooms: the dancefloor which contained the DJ booth, the bar which contained a Dirty Bird drink that I eventually tried out, a green room to lounge, and a creative room where art and furniture were at display.

We didn’t realize Gum didn’t perform until 2 AM, so we spent the next few hours exploring the venue, meeting other fans, admiring the hot girls, chilling, and of course, we took little meditation breaks in my car to get our energy restored. My goal was to get outside my comfort zone and interview an artist I admire for the first time. Gum is kind, so this was perfect, I was so excited. I wondered if he remembered me? I took a few deep breaths, then approached him sitting outside the venue with Cooly AKA Chris.

Okay, my first question is:
1. What was in the Dirty Bird drink? Did you…? Did you do it?

YO! I did not know they were doing that. I literally went to get a drink cause they didn’t have any beers, so I was like yo nah… I’ll just drink something else. And then I look at the menu and they had a Dirty Bird drink “Hey this is tight.” It was whiskey, it was whiskey and sour apple. I really like whiskey, so I’m glad it turned out happy accident. I’m really so about it. I’m on drink number 2 right now. It's really really good.

We, we sat out here, talked for like an hour and a half. One drink stood up, we were so drunk. Time for Round 2

2. What has been your favorite part about touring?

My favorite part about touring is all the like… all the little shit that we get into that isn’t related to the show at all. Like today, like we were looking for film, photo film for him to just shoot tonight because we cause we only had one roller, right? We went to like two CVSs, a Walgreens, a Fiesta, a grocery store. NOBODY had film. And like it's just shit like that just humbles me like… ah yes, I am not a superstar, I’m a regular-ass n****, yo, I’m a regular-ass guy. Like, in Detroit, we went to [a show] in his backyard and a guy put out a gun. I was like, you know what? This is the type of shit that we get into, that’s not related to my show at ALL. We always get into something, whether it's something like really inconvenient, or something really crazy happens. Those are the best times.

3. What is the next thing that you’re most excited about?

A cartoon I’m directing. It’s really good. The characters look really fucking cool. Yeah, I wrote the story for it. I wrote the script. I’m gonna storyboard it. My homie is drawing the keyframe, and Ima hire two people to do the in-between. It’s really tight, like that's what I really want to do, right? So, let’s talk about that. The music shit is like the world’s happiest accident. Right? But the animation stuff, it’s like, you know, a real passion project. I’m psyched about it.

Yesss! Uh, can you, are there any details about it.. or are you gonna wait?

I also got 3 more albums coming out by the end of the year, I think. We got a jungle album coming out with Daze, that’s gonna be tight. And I’m probably gonna do two more solo albums, I hope, I think so. 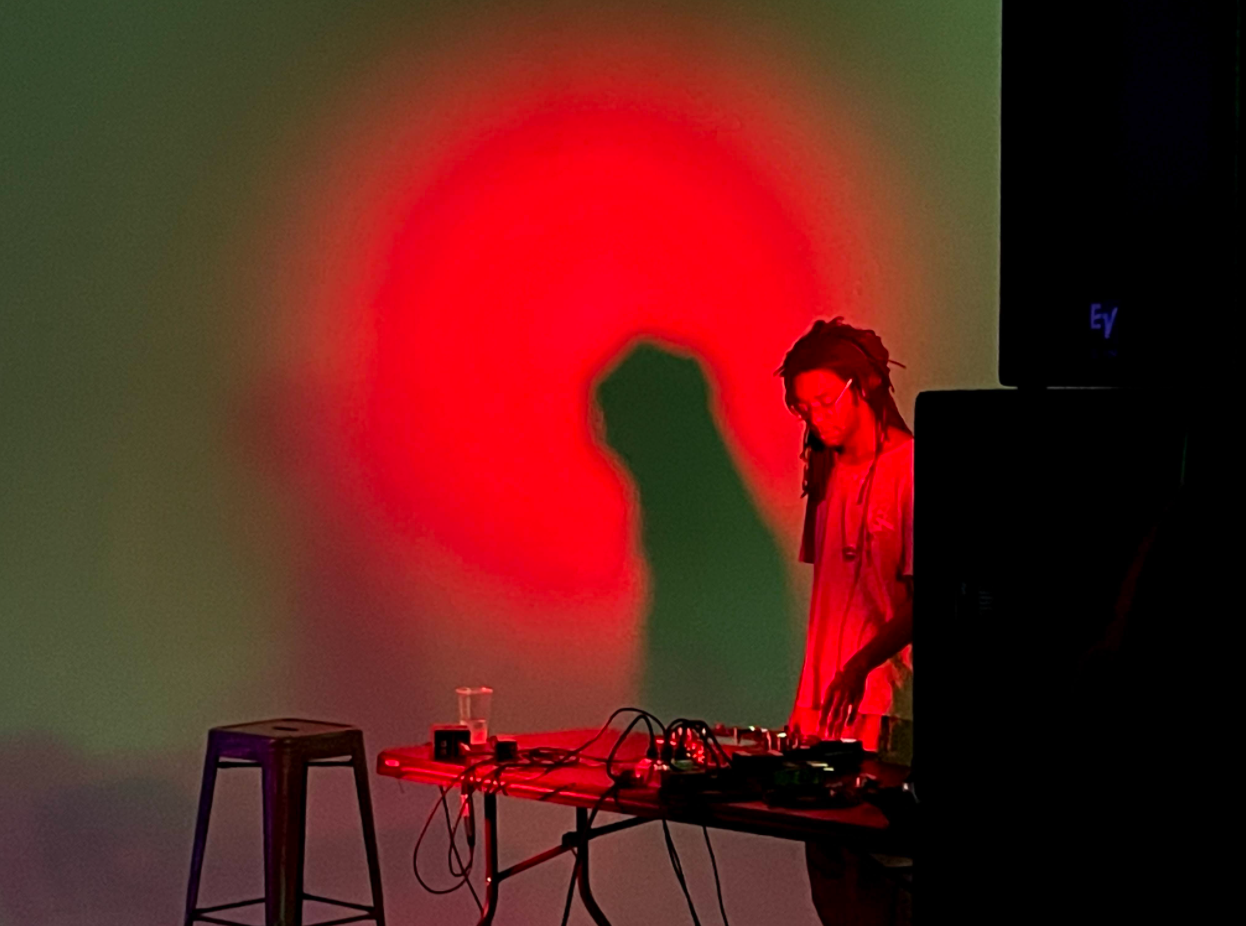 “Shout out this guy. Shout out my guy Chris. Yeah, he’s my hold-me-down. I’ve traveled with him for like, the whole tour. Definitely this guy.” - Dirty Bird