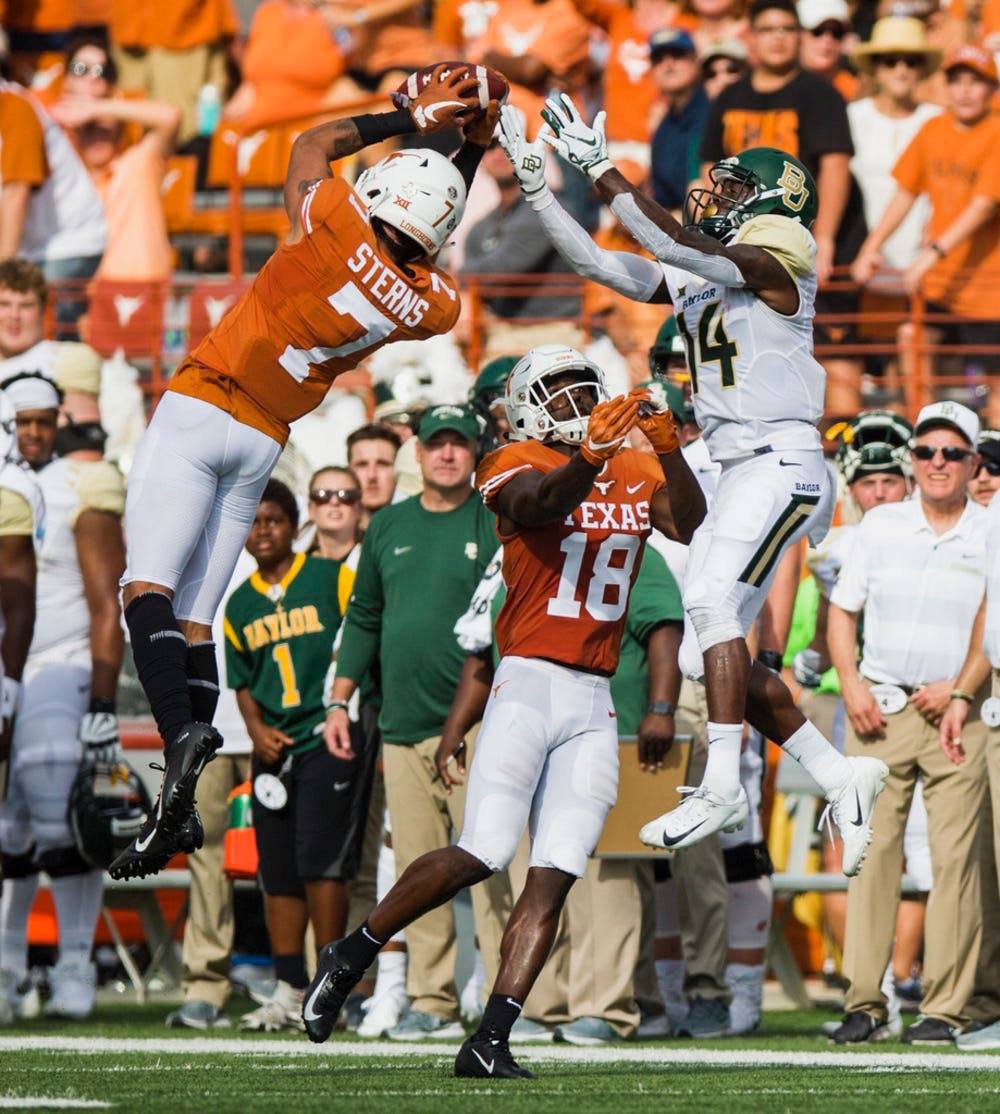 If someone had told me at the beginning of this season that Texas was ranked in the top 10 two weeks in a row I would have laughed. But as week 7 ended, that is just where Texas is. Going into the bye week ranked 7th in the country is great. The Longhorns have been improving week by week and are looking like future contenders in years to come. However, there are still some looming concerns I have for the rest of the season.

Most of the success this season can be attributed to the consistent play of quarterback Sam Ehlinger. He has established a much better connection with stud receivers Johnson and Humphrey. After his exit early in the Baylor game due to a shoulder injury, Shane Buechele took over and Buechele did not look good, at all. The passing game began to stall and just not look good. If Ehlinger’s injury turns out to be more severe than the team is saying, Texas’ high ranking will be gone after week 8. The bright spot on the offense was Keaontay Ingram’s strong performance once again. Ingram rushed for 110 yards on 19 attempts. With Oklahoma State, West Virginia, Texas Tech, and Iowa State coming up in the next 4 weeks, Texas needs Sam Ehlinger to rest up this bye week and come back week 9 ready to play.

The Longhorns were able to grind out a 6th straight when due to the strong play of our defense. It literally came down to the last play. The Bears had once last chance to score a game winning touchdown, but once again, our secondary stepped up and forced the ball to soar out of the back of the end zone. Caden Sterns added another interception to his stellar freshman campaign. Overall, the defense did what they needed to do in order to grind out a victory.

Given the injury to Ehlinger, it is still promising to see the Horns able to grind out a victory. However, the Longhorns are going to need Ehlinger to win in Stillwater, Oklahoma. It is a difficult place to play and our offense will need to be sharp and able to score. Overall, there are many areas to improve on for this Longhorn squad, but this has been an excellent start to Tom Herman’s second season.